Turn your ideas into results, just under 90 days!

With Maxellco, you are about to push the acceleration pedal in your drive. We have developed a 90 days methodology in our Growth, Digital and Data, now ready for your service. Please tell share a few links with us, and receive a full-fledged proposal to your inbox in no time. 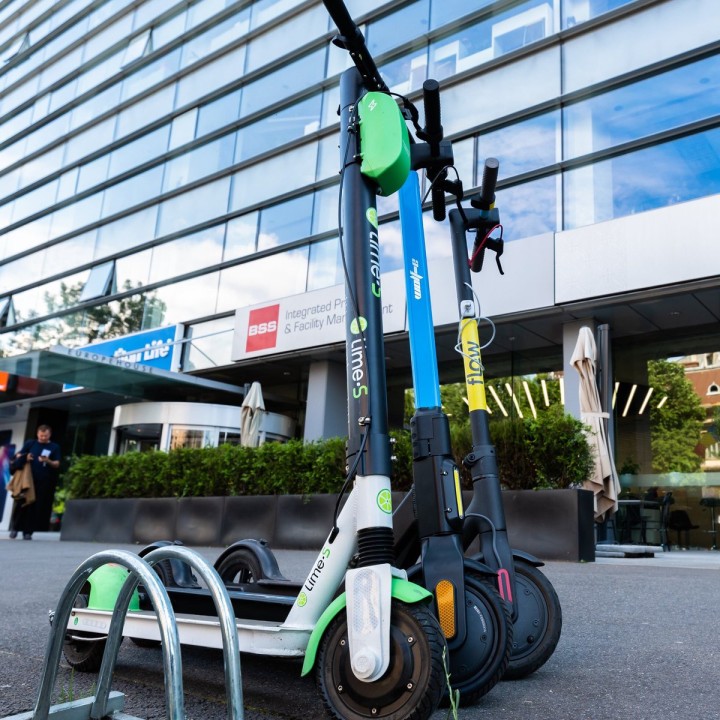 Is Central and Eastern Europe behind the e-scooters revolution?

E-scooter revolution captured Europe after the staggering success in the United States. Bird and Lime the primary e-scooter sharing startups from California are now micromobility gurus quickly expanding in Europe and the rest of the world. Jumping on the trend many European startups are trying to follow through developing rapidly their e-scooter sharing services.

Is however Central and Eastern Europe (CEE) behind the trend?

One picture tells a thousand words. A quick glimpse on three maps below reveals that CEE is almost a blind spot on Europe’s fastest-growing micromobility trend.

American giants, Lime and Bird, made a modest entrance in CEE, appearing mainly in the capitals and more developed Polish cities. Those companies with an appetite for growth and expansion are however careless for conquering entirely this region. From the beginning of 2019, they have already secured funding of more than $700 million that ensures their profitability and rather encourages them to expand into more lucrative markets of Asia and the Gulf countries. Other Western European startups, like Voi from Sweden, secured $30 million funding to fuel its expansion in Europe.

E-scooters became the favorite solution for pedestrians in heavily congested, large urban areas. Yet, CEE, in a very thorough assessment of Amy Lewin on the European scooter startup scene, remains an area where nothing happens.

Is this region really neglected by the big companies and lacking local potential in the e-scooter revolution?

The Central and Eastern Europe is usually out of focus however, this region of almost 300 million inhabitants (EU CEE) and with steady annual economic growth has much potential. The big ideas are there, the well-educated workforce is there, and the market is also there. Several startups are already operating locally e-scooter sharing services and many more are planning to do so.

Wolf-e is one of the companies that want to make a difference. This Romanian startup aims to revolutionize first the largest city in Romania and, then expand in the region. What more, is that Wolf-e desires to establish communities of users with feedback loops to continuously improve their services.

Other promising startups are already operating in Poland. Hulaj, operating in Krakow, introduced e-scooters with changeable batteries to reduce transportation cost for changing the batteries in logistic hubs. Whereas, Volt, operates in Lodz, actively participating and supporting various local initiatives.

Moreover, blinkee.city , already a well-established Polish electric moped sharing company, forayed into more micromobility services such as bicycles and e-scooters. Blinkee.city operates e-scooters in approximately 15 Polish cities, with potential for the service to expand to other regions, especially where blinkee moped sharing services are already in operation.

Local initiatives in CEE show that the region jumped on the e-scooter hype train however, not everything is so rosy.

Funding, funding and funding is the key issue that local startups are struggling with. Not only in the e-scooter business but with almost any kind of business. Capital markets in CEE lag behind the more developed Western European markets and although 2018 hit a new record for investment in CEE, the difference between capital access in Western, and CEE region is still staggering.

Time and time again startups from CEE (Skype, Transferwise, Prezi, Kiwi.com, etc.) prove that the path towards success is more challenging for them but it is possible. Many of them had to finally relocate to Western Europe to gain funding and finally reach success.

However, in the new scene of the e-scooter revolution, the success will be measured locally. Potential is there, as the middle class is growing, infrastructure is constantly improving, legislation to ensure clear rules for this new mode of transport is being drafted. Cities in CEE are growing, traffic congestion is increasing and shared e-scooters might become the number one choice for pedestrians in this region in very short time.

Turn your ideas into results, just under 90 days!

With Maxellco, you are about to push the acceleration pedal in your drive. We have developed a 90 days methodology in our Growth, Digital and Data, now ready for your service. Please tell share a few links with us, and receive a full-fledged proposal to your inbox in no time.